Working as a team, we multiply results 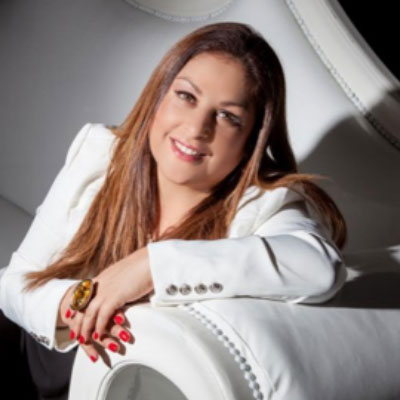 Founder of Arts Connection Foundation (2006), she is an artist, collector, writer, and an international creative advisor with her Creative Mindset Practice.

She also is the creator and founder of Hardcore Art Contemporary Space  (2003-2013), Arts Connection Foundation ( 2006-present), The Inclusive Way (2016-present), online newspaper The Wynwood Times ( 2014-present ), and The Chill Concept Pop up Museum ( 2013-present). Due to Andreina’s professional background in Law, Business, and Museology, she embraces several ways of contemporary art practices including new media and technology.
As a gallerist and a museum specialist she had participated since 2004  in over 80 international art fairs as: Art Miami, Arte Americas Miami, Scope (New York, Miami and Basel), Context Miami, Bridge London, Pinta Art Fair ( New York, London and Miami) , Art Shanghai, LINK Hong Kong, Platform LA, Art Wynwood, FIA Caracas, BARCU, among many others.
Curator since 1999, Nina has managed more than 100 exhibits including the creation of the methodology for The Chill Concept pop up Museum.  She focus her curating contemporary art based on creating exhibitions as a platform for social activism and education in human rights, citizenship, environmental issues, creative thinking, and community engagement.
Andreina Fuentes Angarita began collecting Contemporary Art in 1996. Fuentes Angarita Collection has more than 1.000 works of conceptual art in different formats such as video, performances, installations, photography among others, with political and gender content.

Fuentes is knowns as a documentalist photographer who focus on identity issues, well-being, and activism. 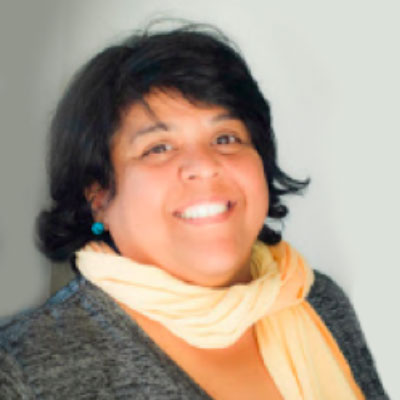 Graphic Designer, curator, and artist. Organizer and producer of different multidisciplinary and multimedia events at The Chill Concept and with Arts Connection Foundation, such as the Miami New Media Festival and the Art Fashion Weekend. Some of her artistic work is part of galleries, museums, and collections in Brazil, Colombia, Spain, Venezuela, and the United States. She is also the director of cultural Foundation TELEMA, Technology, Language and Media, located in Caracas, Venezuela.

Milagros Gonzalez is a Museologist and Historian who graduated in1999 . She worked as a curator and researcher at Caracas Fine Arts Museum and National Art Gallery, Venezuela, between 1998 and 2009. Then, Gonzalez worked in several art exhibitions, coordinated research for books and catalogs and studied the origins of Caracas museums. In 2007 she published a book, “De la Colección a la Nación. Aventuras de los intelectuales en los Museos de Caracas. 1874-1940” (From Collection to Nation. Adventures of Venezuelan intellectuals in the museums of Caracas. 1874-1940), published by Polar Foundation, Caracas, in 2007.

Based in Miami since 2009, in 2010 she was invited as a speaker at “Crossroads. II International Congress of Sculpture”, Institute of Aesthetic Research, National Autonomous University of Mexico, Puebla, where she shared her research on bronze monuments in Venezuela in the late nineteenth century. 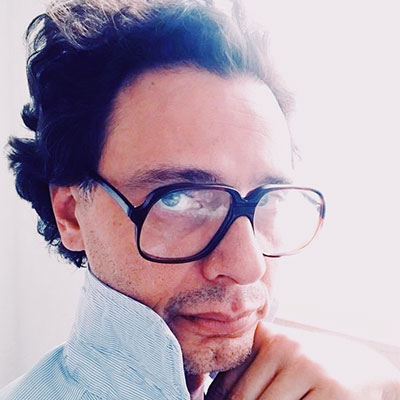 Pietro Daprano is curator and exhibition designer. He obtained a Bachelor Degree in Arts at Armando Reverón Institute in Caracas. Daprano’s fascination with art, motivated by his commitment to collaborate with a large number of artists and photographers in the consolidation of their creative processes and artistic production.

He works promoting their furtherance in important spaces and platforms, such as the Lens Culture network, World Press Photo and Fujifilm Profilm. His research interests include post-global discourses in artistic and curatorial practice, the fertility of representation strategies, narration, interaction, and power.

As an independent curator, he is the director of the Portfolio Rew Pro and was the Director of Connect Now Room, an alternative space of Arts Connection Foundation. He has been an exhibition designer for essential projects, among them (Re) presentations. Contemporary Latin American Photography, PhotoEspaña’13. La Caja, Chacao Cultural Center, Caracas, The Chill Concept Stand, Context Art Miami. Florida. Currently, he is the curator of the Angarita Fuentes Collection.